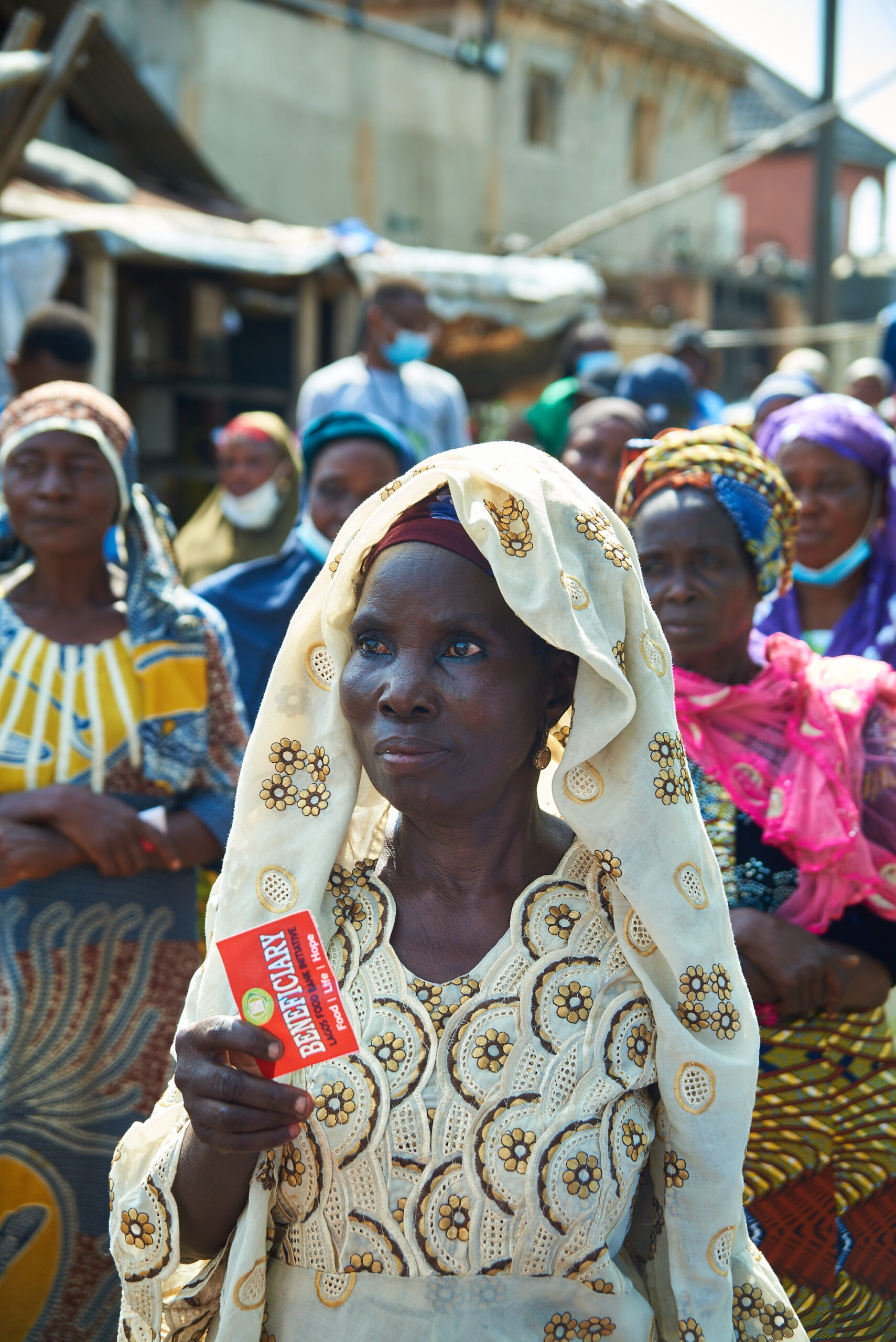 On the 30th of October,2021 the Lagos food Bank held another of its TEFAP outreach for vulnerable people in the city of Lagos. This time, reaching out to the inhabitants of Dustbin Estate, Ajegunle community. Dustbin Estate is a slum of shanties erected on planks over heaps of refuse. With poor hygiene and sanitation, lack of infrastructure and general hazards of being next to a canal drain for waste and floodwaters in Ajegunle. It is inhabited by the most vulnerable and impoverished inhabitants of the city. During transit to the outreach venue, the team encountered a bit of difficulty with the roads that linked to the community. The LFBI food truck containing the packaged items got stuck in sand and was unable to move further. Volunteers swung swiftly into action and mobilized some road construction workers to help free the truck. Upon arrival at the outreach venue at 12:45pm, the volunteers were briefly addressed by the president of the organization and volunteers broke into their various designated groups afterwards. The registered beneficiaries who had been expecting the team were arranged in groups and were given the beautiful boxes of hope. 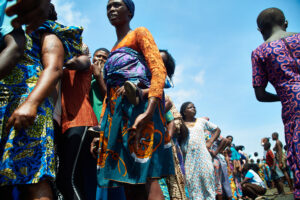 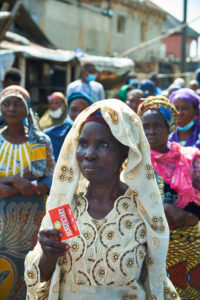 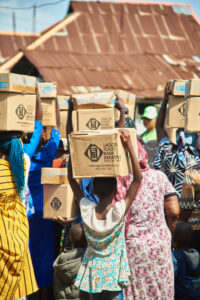 The boxes of Hope are an important element of every TEFAP program, packaged with love and intention by the teams of volunteers from the food bank, it makes sure every family revives a measure of hope in society and humanity. This unique outreach also consisted of feeding the children in that community with over 1000 packs of food. According to the President of the foodbank during the prior inspection of the community whilst handing out food vouchers to families, he had noticed many children around the area looking for food to eat. “So I felt it was an important element to add feeding of the community children this time around.”, he said. “The outreach at Dustbin estate is one of the busiest yet impactful ones I have witnessed in a long
time. It makes me feel like my being here makes a difference in people’s lives says Bolatito, a volunteer.

As always, the beneficiaries showed their gratitude as they prayed for the initiative and had smiles on their faces as they danced home with their boxes on their heads. 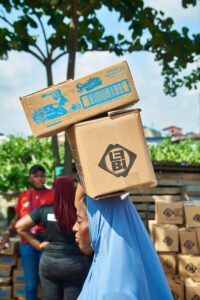