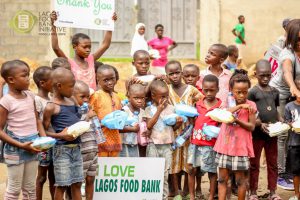 “There are people in the world so hungry, that God cannot appear to them except in the form of bread.” – Mahatma Gandhi
Hunger hurts and takes away hope. When hunger pervades a country’s landscape it not only threatens the future of its inhabitants, it hampers their prosperity. In identifying man’s Hierarchy of Needs, renowned psychologist, Abraham Maslow, put food, water, warmth and rest, as the first basic needs that determine man’s daily actions? This no doubt appears to be in order.
Across Nigeria, millions of people including children are at the risk of starving to death. With unemployment put at a staggering 14.2 per cent of the population (29 million people), many wake not knowing what to eat and go to bed oblivious of where their next meal would come from.
According to United Nations’ World Food Programme, the world faces an unprecedented catastrophe because 20 million people in Yemen, Somalia, South Sudan and Nigeria live on the brink of famine. Of this figure; about 5.2 million people are estimated to be facing hunger in Northeastern Nigeria alone due to the protracted insecurity in the region occasioned by Boko Haram insurgency. Recall, in 2013, the current President of the African Development Bank and former Minister of Agriculture and Rural Development in Nigeria, Akinwunmi Adesina, at the high level meeting of AU Heads of State and Government on “unified approach to end hunger in Africa by 2025” in Addis Ababa, Ethiopia, revealed that Nigeria had 13 million people suffering from hunger and malnutrition.
In 2014, Bill Gates wrote an article, ”Why Does Hunger Still Exist in Africa?”, where he established that in sub-Saharan Africa, the number of stunted children was still on the rise, up 12 million since 1990 to 56 million in 2014. Forty per cent of all children in sub-Saharan Africa are stunted. “What I was witnessing was the terrible impact of malnutrition in Africa. These children were suffering from a condition known as stunting. They were not starving, but they were not getting enough to eat, leaving them years behind in their development – and it was hard to see how they could ever catch up,” Bill Gates wrote in the article. Except we choose to turn a blind eye, hunger is prevalent in Nigeria and has been the root cause of many unrest. 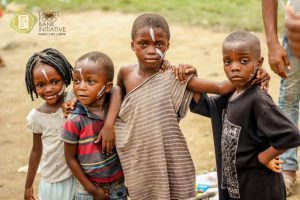 In the view of an Australian novelist, Elliot Perlman, taking care of basic food needs of a population is a prerequisite to having a vibrant economy. This was captured in his book The Street Sweeper, where he wrote that ‘‘everyone was always hungry. The poorer you were, the hungrier you were, and with the hunger came weakness and irritability (even depression and motivation for crime). It became difficult to think clearly and you needed to think clearly to work out how to survive the next day, how to get food.

You were sure you could still work if you could find work, and you could look for it if only you could eat…”

Given the foregoing, one must applaud the efforts of the United Nations in keeping the discussion about ending extreme hunger on the front burner. Efforts to end extreme hunger led world leaders on September 8, 2000 in the Millennium Declaration to commit to the goal of reducing hunger by half by 2015, and further embarked on the ambitious plan to achieve zero hunger by 2030 (Sustainable Development Goal (SDG) 2, while the Food and Agriculture Organisation of United Nations (FAO ) celebrates World Food Day each year on October 16 to commemorate the founding of the organisation in 1945 and show commitment to ending hunger.

Even though Nigeria is amongst the richest countries in the world in terms of resources, over half of its population lives below the poverty line, four of every 10 Nigerian are at the risk of sleeping hungry and five of every 10 children are at the risk of missing at least one meal every day and eating less than the required nutritional meal. The situation becomes more worrisome in cities like Lagos where cost of living and commuting remain on the increase while salaries and wages remain constant.

The world’s first food bank was established in the U.S. in 1967, and since then many thousands have been set up all over the world. In Europe, which until recently had little need for food banks due to extensive welfare systems, the number of food banks grew rapidly after the 2007-2008 world food price and financial crisis. Records as at March 2015 showed that approximately 852,137 people received food from a food bank in Canada. More than one-third of those helped were children. To understand how much effort goes into feeding people, Alberta, a western province of Canada with an estimated population of 4,196,457 as of July 1, 2015, had over 110 food banks.

Despite having roughly 15,083 food pantries (Food Banks) in America as of 2015, records show that “72% of food banks do not feel as though they are able to adequately meet the needs of their communities without adjusting the amount of food distributed.” For the record, United States per capital income is $55,836 while Nigeria’s per capital is a paltry $2640, thus, establishing food banks with the mission to distribute food to those who have difficulty purchasing enough food to avoid  hunger, will be a good policy to ameliorate the suffering of millions. It has agricultural and economic benefits too.

Government needs to show leadership by initiating a food security policy that will allow individuals to take action. Nigeria’s population is galloping towards 450 million by the year 2050. That will make Nigeria the third most populous country on earth after China and India. Food companies, the agricultural sector and the development sector need to work together to produce and distribute enough nutritious food to more people, all while using less resources .Nothing can be more urgent than to feed a desperate population and food banks is a viable way to go.